Scouting is a gameplay mechanic that allows the governor to send a scout to: explore a part of the map which is covered in fog; reveal a tribal village, mysterious cave, pass, or holy site; or, obtain information about another governor's city or alliance structure. The number of scouts available, the scout's movement speed, and the size of the exploration area queued increase as the

building is upgraded. Initially, the governor will have 1 scout available with an exploration range of 5x5 fog blocks. A fully upgraded scout camp grants 3 scouts, an exploration range of 15x15, and a 125% bonus to scout movement speed. Scouts do not need to return to the city before they can be given new orders, though the "Explore" reminder text above the

will not appear until they begin to return.

In the earlier parts of the game, exploration is the primary use of scouts. Exploration permanently clears fog blocks to reveal terrain (such as rivers and passes), other governors' cities, alliance buildings, tribal villages, mysterious caves, and holy sites. Only fog blocks that border an area that has already been cleared of fog can be scouted, including diagonally when only a corner of the exploration range touches cleared fog blocks.

There are a total of 400x400=160,000 fog blocks. The Scout Camp building will show you what percentage of those you have cleared.

Scouts can be deployed for exploration through several methods:

Scout Camp building and pressing the Explore button beside any of the scouts. The nearest unexplored fog block to the city will automatically be selected on the map. Pressing Explore again will dispatch the scout to that area. Kingdom Map item.

If the selected scout was idle in the city, it will immediately depart the city. If the selected scout was outside the city, either returning to the city or already queued to explore something else, it will immediately change course. Scouts always take the shortest possible route to their destination, already perfectly accounting for all obstructions which can't be seen by the governor yet because of the fog. In the early game when little of the map is discovered, this can be confusing to new governors that do not know the scout is going around an impassable section of river or is taking a shortcut through an accessible pass in a mountain range.

The first method of dispatching scouts resulting in an expanding circle of known land around the city. While this can be useful in the very early game to know who the neighboring cities are and see troop movements, it quickly results in scouts running back and forth across already cleared fog areas in order to reach their next destination and is thus quite inefficient.

When the fog block overhead a tribal village, mysterious cave, pass, or holy site is cleared, a message is sent to the player named "Scouting Report" which lists the discovery. Each time a new discovery is made, that message will be updated instead of a new one being sent. New additions are marked with a green "NEW!" text bubble. Unexplored discoveries will have a "Visit" button beside them.

The scouting report can be deleted from the messages pane and a new one will be sent upon the next discovery being found, however, it should be done with caution. Any unexplored discoveries will not be listed when the next scouting report is sent so they will have to be manually located on the map.

The highest technology that tribal village could give is Masonry 5, Sickle 5, Handaxe 5.

Note: The scout does not need to re-visit the tribal village in order to collect the reward.

The mysterious cave is a site found randomly across all sections of the map. They come in three different level variants which offering increasing amounts of rewards for exploring. To explore a mysterious cave, select the cave from the map or the scouting report, and dispatch a scout to it. The scout will go inside for several seconds (increasing with level) and once he emerges a message will be sent containing the reward.

Note: While the description of the mysterious cave in-game is written in a way that in most games would mean there is a risk of losing troops or resources, scouts are at no risk exploring mysterious caves.

The pass is a gated opening in an otherwise impassible mountain range. Once unlocked in the kingdom timeline, they can be captured by an alliance to prevent troops not belonging to that alliance from crossing it. Scouts are aware of the location and status of all passes, even before the governor can see them through the fog. Upon clearing the fog over a pass, the pass will appear in the scouting report. Selecting the pass in the scouting report will reveal a larger area around the pass and allow it to be selectable on the map.

Note: If the fog above a tribal village or mysterious cave is cleared when a pass is revealed, it will not appear on the scouting report. Therefore it is recommended to always manually perform a visual scan of the area revealed around a pass.

Holy sites are a series of shrines located in all zones of the map. Once unlocked in the kingdom timeline, they can be occupied by an alliance to grant various bonuses to all members of that alliance. They are surrounded by neutral guardians which give commander experience upon death and drop runes. Upon clearing the fog over a holy site, the holy site will appear in the scouting report. Selecting the holy site in the scouting report will reveal a larger area around the holy site and allow it to be selectable on the map.

Note: If the fog above a tribal village or mysterious cave is cleared when a holy site is revealed, it will not appear on the scouting report. Therefore it is recommended to always manually perform a visual scan of the area revealed around a holy site or pass.

For the reasons mentioned above, the most intuitive method of deploying scouts from the city when the "Explore" reminder appears above the Scout Camp is time-intensive and highly inefficient. Governors have developed a variety of strategies to explore the map more quickly and efficiently. Most revolve around sending scouts on long trips in which they will pass through many fog blocks on the way to their destination, revealing them as they travel through them. Another method is to scout an unintended target, then scout the intended target to give little notice of a suprise attack from your nearby troops.

Scouts can be dispatched the reveal information about other governors' cities, troops on the map, troops within resource nodes, or alliance buildings, such as the center fortress, alliance fortress, alliance flag, or pass, or alliance-occupied Holy Sites during the occupation period. The amount of information revealed through scouting these structures will depend on the level of the governor's Tracking and Camouflage technologies.

Deceptive Troops item doubles the number of troops that appear in the scouting report. Anti-reconnaissance Technology item prevents the scout from obtaining any information, though the scout will not know this until they arrive. Peace Shield item prevents scouts from being dispatched against the city altogether. 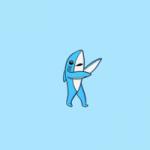